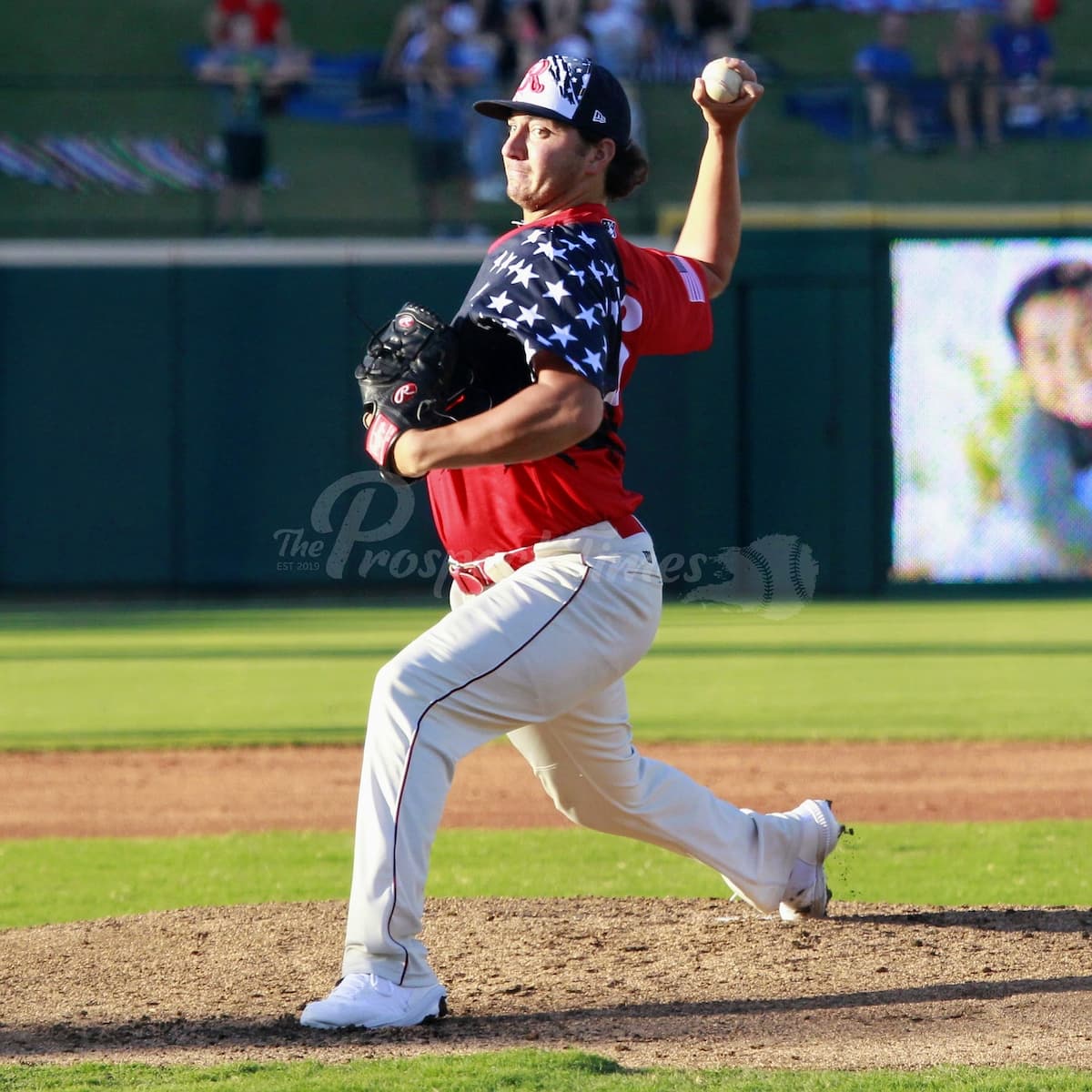 Frisco, TX– Owen White, the Texas Rangers 2nd round pick in 2018, dominated in his home debut with the Frisco RoughRiders on Friday night in front of a crowd of 5,386.

White threw three pitches to the Hooks lead-off batter and struck them out swinging. That basically set the tone for the game.

White threw a mixture of his fastball, slider, curveball and change-up. He topped out at 96 mph on the fastball and as low as 77 on the curveball.

Owen White had a no-hitter going before he exited the game with what seemed at the time to be knee or ankle related. The only blemish on tbe night was a walk he issued

After the game the beats reported it was a sprained ankle that isn’t expected to be serious.

Right-hander Seth Nordlin replaced White in the top of the 6th with one out. He allowed two hits and two walks but ultimately kept the shutout intact.

The RoughRiders were held off the scoreboard until the bottom of the 4th when JP Martinez hit a 2-run home run. His 9th home run of the season.

A couple of batters later, Kellen Strahm singled to bring in Blaine Crim to make it 3-0.

The RoughRiders pitching held the Hooks to just two hits and secured their 5th shutout of the season.

Owen White‘s been phenomenal so far in his two Double-A starts. He’s got a 2-0 record and an ERA of 1.69 through 10.2 innings pitched. Sure, that sample size is tiny but he’s received rave reviews it’s easy to see why he’s skyrocketed up the Rangers prospect rankings.