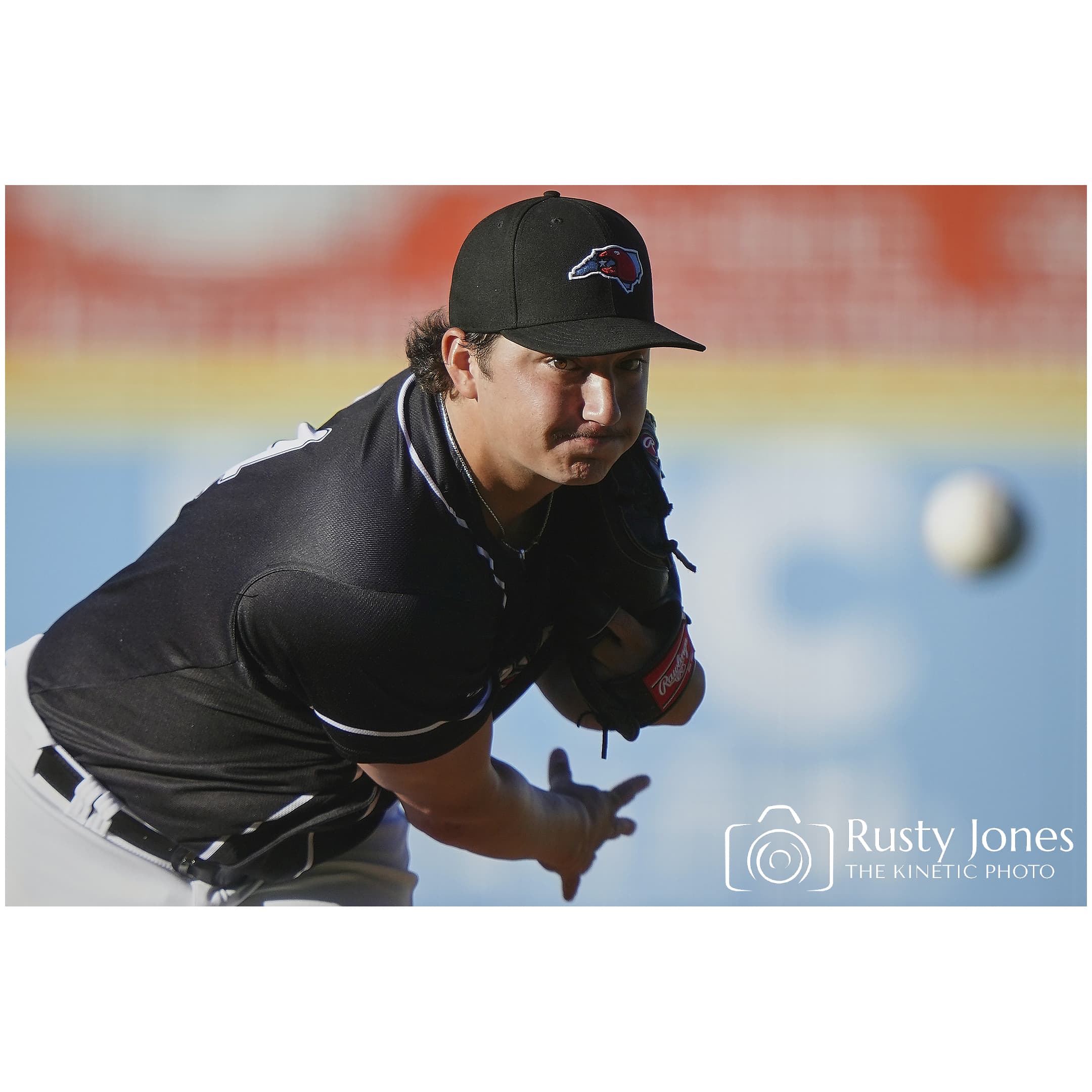 As you can see, we’ve been a little obsessed with Owen White recently. He made his highly-anticipated Double-A debut for the RoughRiders against the Arkansas Travelers (Mariners) tonight and he didn’t disappoint. They say the going from High-A to Double-A is the hardest jump for a pitcher to make. Considering that, he was pretty impressive.

White threw all of his pitches: Fastball, Slider, Change, Curveball and hit as high as 98 mph on the fastball.

White was very efficient early on, needing only five pitches in the 1st and fifteen in the 2nd and 3rd. He got his 1st Double-A strikeout in the bottom of the 2nd when he struckout Jake Scheiner on a 97 mph fastball.

The damage came in the bottom of the 4th where he threw 26 pitches and gave up a two-out home run to Jake Scheiner and then walked Zach DeLoach after an 8-pitch at-bat. He then allowed a single but got out of the inning without further damage with a pop-out. 5-1 Riders.

He threw a scoreless 5th but was replaced in the top of the 6th after walking Zach DeLoach with one on and one out.

The RoughRiders scored 6 runs on 10 hits, 2 walks and 6 strikeouts.

Dustin Harris added an insurance run in the top of the 9th. A hit an RBI-single bring in Matt Whatley who had hit a two-out double just prior.

Kevin Gowdy (9.53) replaced White with two runners on and one out in the bottom of the 6th. Gowdy uncorked a wild pitch which advanced both runners. Cade Marlowe hit a sac-fly scoring Jack Larsen. That run was charged to White.

Joe Corbett pitched 1/3 of an inning allowing one run on a hit and walk but the run he allowed was walked in by Triston Polley who replaced Corbett. After issuing two walks Polley escaped further damage by inducing a pitchers best friend, a double-play.

Fernery Ozuna pitched 2/3 of an inning and had one strikeout.

Nick Starr was brought in to get the save in the bottom of the 9th. He pitched a 1-2-3 inning with two strikeouts.

Ballgame! Riders win 6-3 and move to 36-32. This win gives the RoughRiders their 1st series win in June.

Right-hander Tim Brennan gets the start for the RoughRiders as they look to win 5-games in this 6-game series. He’ll face off against right-hander Levi Stoudt (4-4, 5.07) and the Travelers. First pitch is set for 1:35 PM Central.