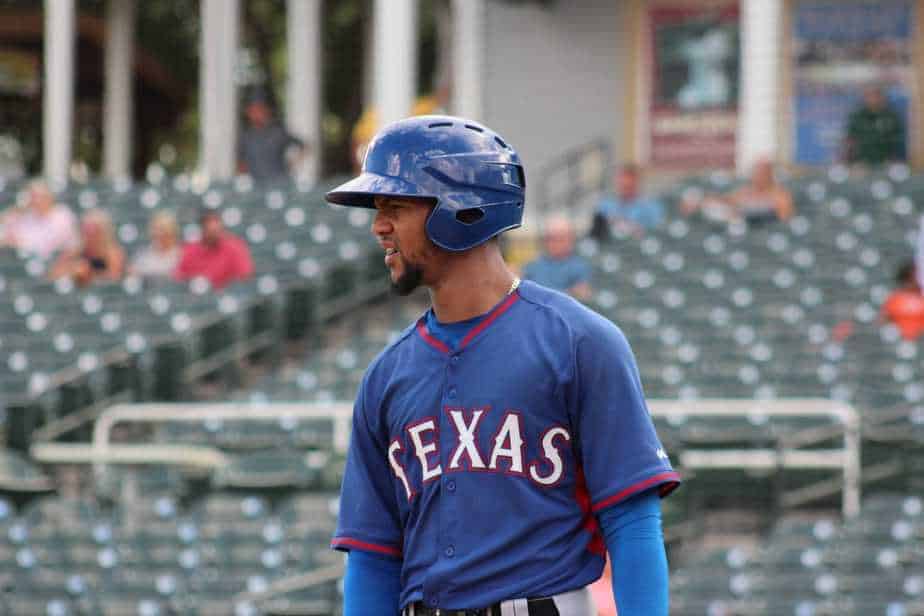 The Rangers lost their final exhibition game of Summer Camp to the Colorado Rockies by a final of 7-3. Per Evan Grant of the Dallas Morning News, Leody Taveras made the Rangers Opening Day roster. Many fans, including myself had a feeling that he would be on the roster. Especially during this season, which is anything but normal.

Leody Taveras has made the opening day roster for the Rangers.

Base on what Leody has shown in this Summer Camp or Spring Training 2.0, he earned a spot. The question is whether the Rangers wanted to start his service time and whether they feel he is ready. Now, we have our answer.

I’m not a scout but I’ve seen Leody play in person and he’s definitely got what it takes to help the Rangers. He’s got speed and defense. Both of which they will use in late game situations. Even if he hits just a little he will be an above average center fielder with his other skills in play. I believe his talent will translate to the Majors.

He spent 2019 between the Down East Wood Ducks (High-A) and the Frisco RoughRiders (Double-A). Between the two levels, Leody Taveras slashed a line of .279/.344/.376 with 5 home runs and 56 RBI. He showed his wheels and stole 32 bases. Defensively, I’ve seen several plays where my jaw hit the floor. In Frisco he had a .989 fielding percentage with 4 assists.

Leody, in my opinion is the # 1 prospect in the Rangers system. I’m excited for Rangers fans to get a small glimpse of what I’ve seen. It’s Leody time.