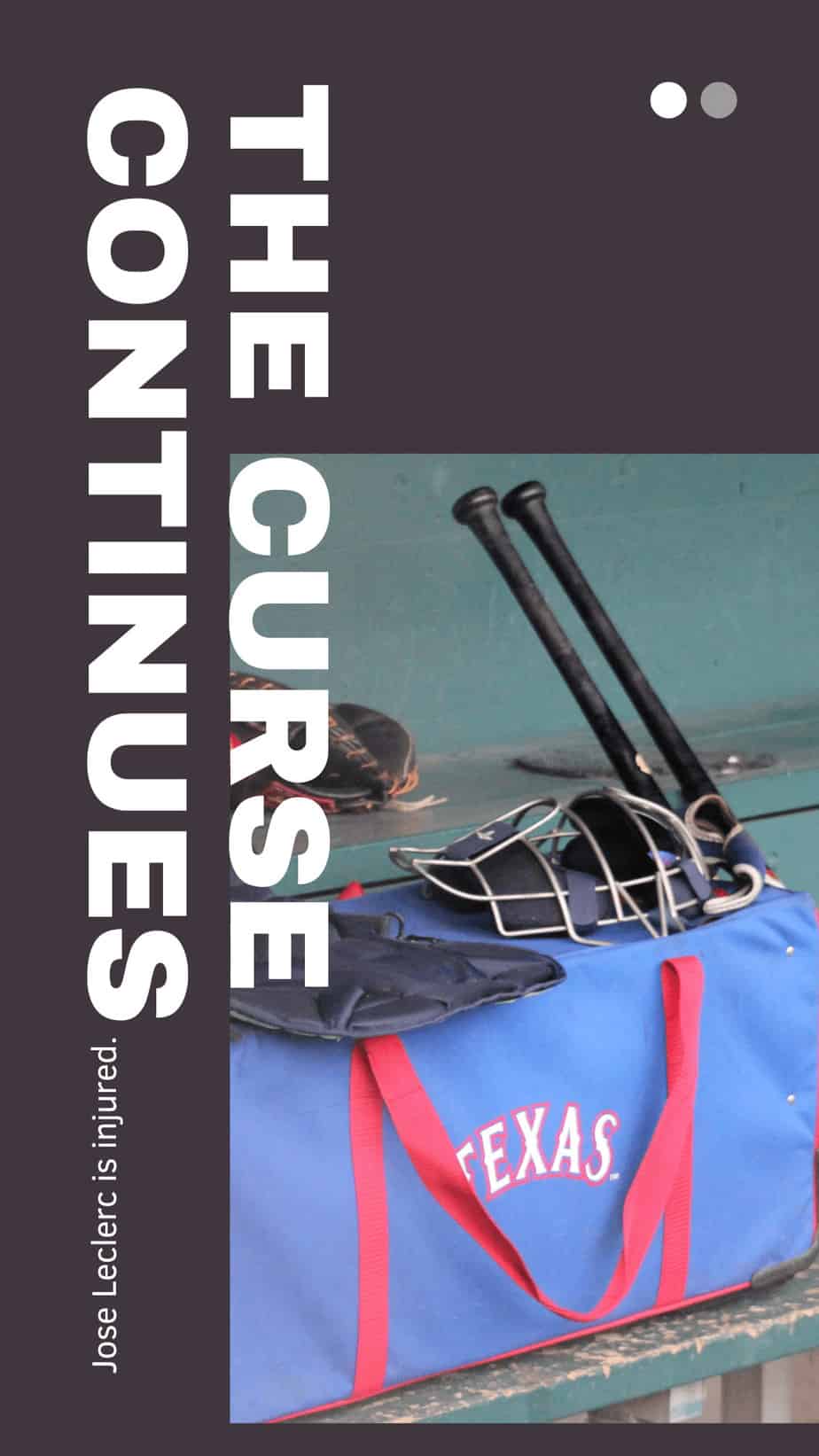 Today Rangers got some bad news about RH reliever Jose Leclerc has an elbow injury! Jeff Wilson from The Fort Worth Star Telegram reported on Twitter.

Jose was reportedly is already heading back to Arlington to see Dr. Keith Meister! Leclerc hasn’t had a normal spring training so far going 3 2/3 innings with a 4.91 earned run average and striking out 3. With injuries already to Jonathan Hernandez, Joely Rodriguez, Leclerc was in line to be the Rangers opening day closer.

Last year Jose had a Grade 2 strain in his shoulder which allowed him to only pitch 2 innings. According to his contract he can be a free agent is 2022 Rangers has 2 year options to keep him here till 2024 in friendly contact.

At this point the Rangers will start the season with Matt Bush and newly signed Ian Kennedy as possible closers.

In other Rangers news today Pitcher Joe Gatto has cleared waivers and been outright to AAA Round Rock leaving 39 players on the 40 man roster. The former Angels pitcher was a Free Agent after the 2020 season!

According to reports Gatto had problems throwing strikes! Nine DAYS and until OPENING DAY!