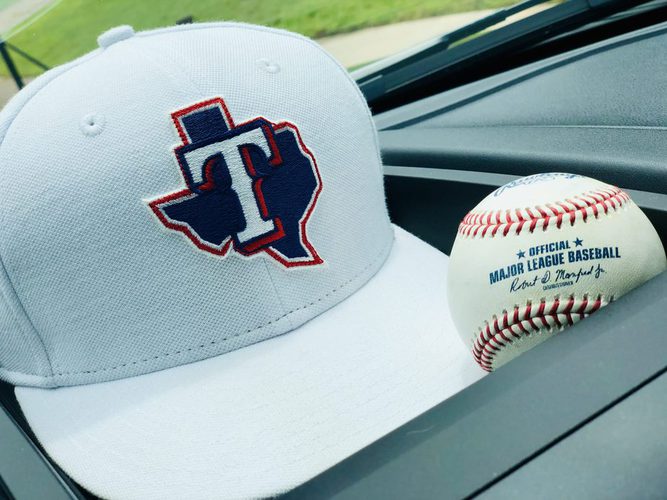 What happened at Globe Life Park on August 3, 2019 happens every day all over the world. The problem is, a MLB ballpark is supposed to be a safe haven of such actions.

Before I go any further, let me say this article reflects MY views and opinions. If you read this with political views stop reading now and click that X at the top of your screen and move on. This has nothing to do with a wall or taking a knee during the National Anthem.

A Hispanic family was enjoying watching the Texas Rangers vs. The Detroit Tigers in the Upper Deck in what is formerly known as The Ballpark In Arlington, now Globe Life Park. In it’s final season, the facility has had many great memories for Rangers Fans. MVP’s, Division Titles, American League Championships and 2 World Series. Unfortunately what happened to the Romero family on that warm Saturday night is a memory that won’t be forgotten for a while. During the game many families had to endure listening to one man make racial comments and photo bomb inappropriate gestures in the background. I am not going to quote what was said, but if you look it up it’s quite disturbing. The family posted about this incident after the game on social media and it went viral. The Texas Rangers investigated and banned the man from all future Rangers home games. This was the right thing to do by the organization, and honestly the man should be banned from ALL MLB games indefinitely in my opinion.

The whole situation disgusts me to my very core. Taking your family to a baseball game is supposed to get you away from the every day bad in this world. Mass shootings, bullying, politics, religion and general hatred towards each other daily has created so much controversy and divide. As you scan your ticket at the gate you shouldn’t have to worry about these things. Your biggest worry should be how long you have to stand in line to get nachos.

Opening day 2019 had 251 players from 20 countries on MLB rosters. The Rangers represent 10 of those and has led MLB in foreign born players in recent years. Baseball is a game that is more global than any other sport. Arguably the game of baseball represents one of the biggest moments in breaking down the wall of racism with Jackie Robinson becoming the first African American to play in the major leagues. It’s celebrated every year to remind us how great the game is and what sacrifices Robinson made for not only baseball but the overall good of mankind. How are baseball fans still so hung up on race when you’re watching so many players from so many countries playing the game?

It’s time for a change. Change starts with us. We can’t stop racism in the world. But we can start a movement that prevents it in baseball. I am creating #notinourgame. I hope everyone that reads this article will share it and hashtag #notinourgame.

Here’s how to do your part. ANY time you witness any form of racism during a ball game on any level report it to a team official. Let them know what is going on so it can be handled immediately so everyone can enjoy the game in peace and have fun. Most teams have a text line for any situation so no one knows who reported it. The cost of that ticket doesn’t give anyone the right to ruin the enjoyment of the game in any fashion.

Parents, educate your kids on racism. Racism isn’t born in each of us, it’s taught in one form or the other. Explain the importance of how important each and every person is. Regardless of color or nationality we all are human beings. We all deserve to be treated with respect and dignity. This is a picture of my daughter, Kendalyn, on her first day of 1st grade 2 years ago. Of all the pictures of her this is by far the one I love the most. This is the time to educate your children on human decency and rights. Don’t wait for a miracle, BE the miracle. #notinourgame

Sod Poodles come to Frisco for the last time in 2019