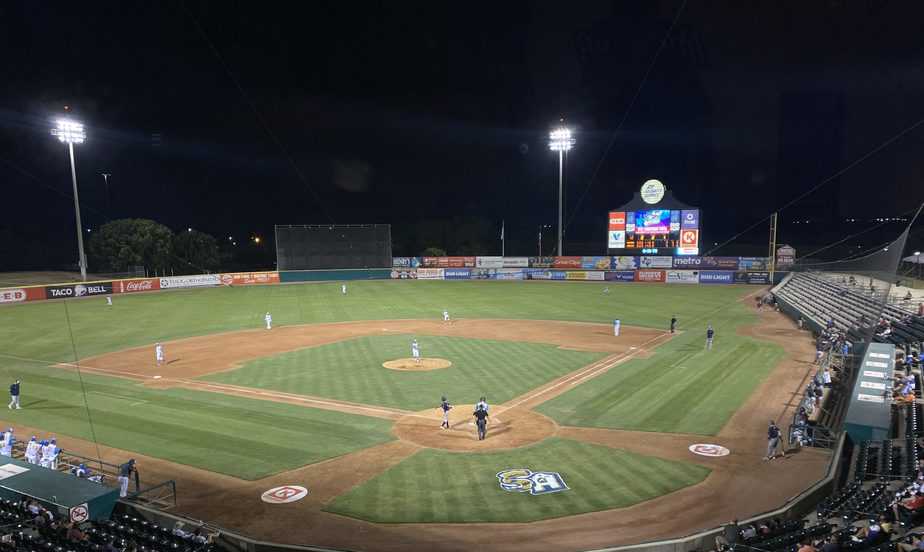 It is another Flying Chanclas game, another day at 95? plus, another crowd of fans hoping to see the San Antonio team win another game. However, in the position the Chanclas find themselves, this is not just another game. The Chanclas find themselves playing a rubber match game against the Victoria Generals, having lost the first meeting and winning the second. A victory on this Sunday game would secure the team’s third series win in a row. Not only would this win show a continuing upward trend for the club, but would also put them in first place above the Bombers.

Why is this game so significant? The Bombers and Chanclas hold a tie for first place in their division. The two teams meet for a three-game series in San Antonio starting on the 21st. So should the Flying Chanclas win their third game against the Generals, they enter the series with a half-game lead and a chance to make it three and a half.

Taking the mound for the Flying Chanclas in the all-important rubber match is Lance Lusk [Sam Houston St.]. Lusk has found success this season, entering the game holding a one-win, no loss record, and an incredible 1.92 ERA. Through nine and one-third innings, Lusk has been able to rack up ten strikeouts and three walks. Most recently, the righty from Spring Texas posted a win against the Hairy Men. Lusk pitched four solid innings in the game, allowing only one run on three hits in the eventual 6-1 win.

Over the six innings that Lusk pitched, he gave up only five hits and allowed two runs. Through his twenty-four batters faced, Lusk struck out five batters while not allowing a single walk. Jaime Ramirez Jr. [A&M-CC] would come into relieving Lusk in the seventh inning. Ramirez faced ten batters and gave up only one run on one hit. Coming in to close out the game would be Connor Schmidt [St. Mary’s]. Schmidt, having a 0.81 ERA in seven appearances, would work through the last ten batters and gave up only one hit.

In exhilarating fashion, the Flying Chanclas de San Antonio won the second game of the series in extra innings by a score of 7-6. Hoping to obtain an equal level of success, although hopefully not with the same amount of stress on my heart, the Chanclas keep the line-up for this game much the same as the last. The first seven spots in the line-up, as well as the ninth, remain the same. The only difference in today’s game will be Bryan Aguilar [Marshall] entering the game at second base and batting eighth.

The Flying Chanclas started the game off slow, recording only one hit in the first three innings. It was the middle innings that would propel the club to victory as they scored their five runs in the fourth and fifth innings. After a single to right field, Anthony Forte [Richmond] stayed aggressive and stole second base. Kyte McDonald [Mississippi St.] would single to center two batters later to score Forte after being moved to third on a grounder by Ryan Flores [UIW].

A majority of the run support came in the 5th inning when he team managed to put up four runs. The first two Flying Chanclas batters drew walks which gave way to game twos hero, Grant Smith [UWI], who would single off a soft hit fielded by the catcher. Then a line drive down the left-field line by leadoff batter Jordan Thompson [Texas A&M] drove in two runs. Later in the inning, McDonald would drive in his second RBI of the game when he hit a screamer at the General’s first basemen who was unable to field it cleanly.

The Flying Chanclas had an important game on their hands. Fortunately for the San Antonio side, both the pitching and offense rose to the occasion. Backed by solid defense, the pitching staff for the Chanclas only gave up three runs on seven hits. Starting pitcher, Lance Lusk, was awarded the win. Additionally, Conor Schmidt also recorded his third save this season. The offense did its job providing run support, scoring five runs on nine hits. A four-run fifth inning lifted the team to five runs, which would be enough to win the game as the final score was five to three. Both McDonald and Thompson drove in two runs apiece in the win.