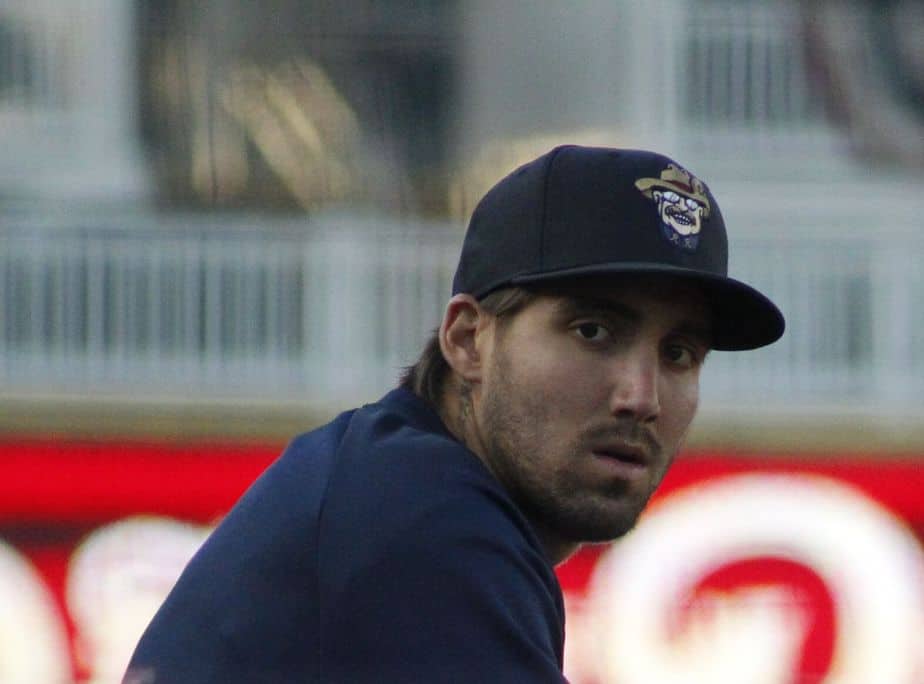 One of the Texas Rangers top pitching prospects, right-hander Hans Crouse made his AA debut for the Frisco RoughRiders. I am a big fan and have been since he was drafted in 2017’s 2nd round by my favorite team!

The RoughRiders only managed to get one hit. However, that was all that was needed- thanks to some stellar pitching. They won this game by a final of 1-0 and move to 8-4 on the season and extend their win streak to two games.

Hans Crouse only pitched an inning. That I’d expected as they are easing him along as he had recently been away from the team for the birth of his child.

In his inning, he looked sharp. He threw 11 pitches/ 8 of which counted for strikes and he struck out a batter.

A.J. Alexy (1.80) earned a hold. He pitched two scoreless innings. He gave up two hits, walked one and struckout two.

Cole Uvila (3.60) earned his 2nd save of the season. He allowed one hit and struckout two, throwing 13 pitches.

The starter for the Missions, right-hander Caleb Boushley (7.94) allowed a single to Bubba Thompson to start the game but then retired the next 6 RoughRiders. That single was wiped out when it was changed to a fielding error. This was Boushley’s best start of the season.

The RoughRiders only managed the one hit but they earned the win and that is what matters.

The lone run came in the top of the 7th. Diosbel Arias singled to right. JP Martinez popped out. Jordan Procyshen worked a 6-pitch walk. Catcher Matt Whatley, worked a 4-pitch walk which loaded the bases and moved Arias to 3rd. Jax Biggers popped out.

The Riders walked four times and they turned out to be important. They only struckout 5 times. Defensively they had no errors.

In the top of the 3rd, Matt Whatley, had been HBP then stole 2nd base, his 3rd steal of the season. Bubba Thompson also stole a base. It was his 2nd on the season.

Leftfielder Josh Stowers made a great catch in the outfield but as he came down he crashed into the wall with his neck and shoulder. He was down for a while but was able to walk off the field on his own. Here is to hoping that it is nothing serious and he can get back onto the field soon.

A look at the RoughRiders Series against the Missions