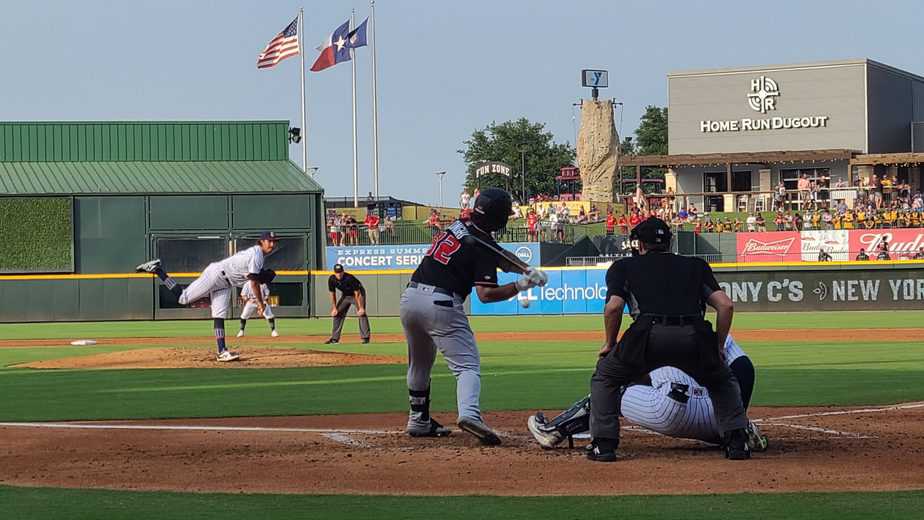 Round Rock, TX – The Round Rock Express’ offensive woes continued Sunday night as they fell 4-2 to the Albuquerque Isotopes in a game in which both of Round Rock runs were scored by way of the home run. Albuquerque, powered by two Connor Joe homers (7), won their 3rd of four games in the six game series, also benefitted from six solid innings from starter and winning pitcher Brandon Gold (2-5). Gold allowed only one run on three hits, struck out eight in what was easily his best performance of the season.

Express starter Tyler Phillips (0-3, 9.90) went 4 innings allowing 3 runs (all earned) on 4 hits took the loss in what was debatably his best start of 2021 despite what the stat line indicated, as all three runs can attributed to 2 mistake pitches that left the yard.

Offensively Round Rock managed only six hits off of four Isotope pitchers with the highlights being solo home runs from Delino DeShields (4) to lead off the game and a 7th inning blast from Yohel Pozo (11) to make things interesting late in the game for the 7,019 in attendance.

Albuquerque closer Zac Rosscup pitched a 3 up-3 down 9th, against 4-5-6 hitters Curtis Terry, Pozo and Charles Leblanc to pick up the 33 year-old righty’s 3rd save of the season.

The loss drops the Express to 2 games under .500 at 28-30 needing to win the last two games of the series just to gain a split. With the Sugar Land Skeeters splitting a double-header sagainst Tacoma, a 10-2 loss followed by a 3-0 victory, Round Rock falls to 5.5 games behind the Skeeters in 3rd place of the (still unstably named) Triple-A West East, 2.5 behind the second place OKC Dodgers, who were tied with El Paso in the 7th inning at the time of post.

The Round Rock Express (28-30) seeking to get back in the win column will send out righty Drew Anderson (3-4, 3.60) while the Isotopes (22-35) will counter with right-hander Frank Duncan (1-0, 0.00) who’s coming off a stellar six inning, four hit five strikeout, shutout Triple-A debut. First pitch is set for 7:05 at Dell Diamond. Mondays as always is Dollar Hot Dog Night at the Dell which means, as always, there’s a high probability of this guy sleeping alone.

Check back later for the full analysis.