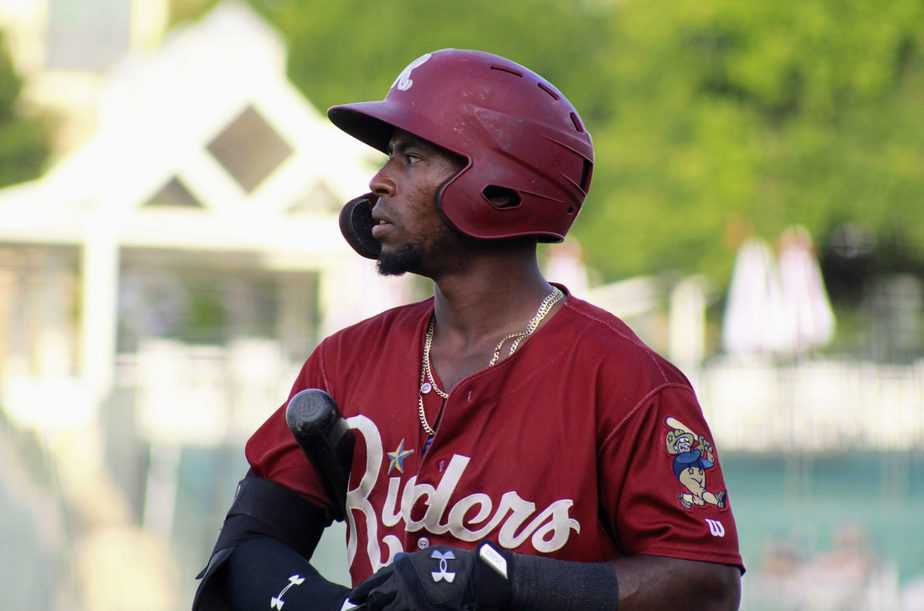 A JP Martinez grand slam was all the Frisco RoughRiders needed to secure their 63rd win. They won 4-1 over the Amarillo Sod Poodles. They move to 63-53 with only three games left in the season.

There are three other teams in the hunt for the 2nd post-season spot so they really need to win these last three.

Right-hander Cole Winn got the start for the RoughRiders. The Texas Rangers are keeping their pitchers on a strict pitch-count and have been careful to not overuse Cole Winn and others. He pitched a solid three scoreless innings, allowing three hits and struckout five. Cole came out for the top of the 4th but a ball hit him in the leg and after a mound visit by manager Jared Goedert and the athletic trainer, he exited the game.

Sal Mendez replaced Cole Winn and pitched 4 very effective innings. He allowed one run on two hits- including a home run, one walk and two strikeouts. He threw 46 pitches-30 for strikes.

The scoring for the RoughRiders came in the top of the 3rd inning. With one out the RoughRiders were able to load the bases. Davis Wendzel drew a walk, Blaine Crim singled and Diosbel Arias worked a walk. Julio Pablo Martinez then hit his grand-slam on the first pitch he saw, giving the RoughRiders the 4-0. It was his 2nd grand-slam of the season.

Hever Bueno pitched the final two innings for the RoughRiders. The Sod Poodles did make it interesting in the bottom of the 9th. Buddy Kennedy drew a walk and then Dominic Fletcher hit a single, moving Kennedy to 3rd. At this point the RoughRiders had Daniel Robert warming in the bullpen but Bueno was able to escape with a double-play to end the game.

The RoughRiders don’t win the game without the JP Martinez grand-slam but we have to give credit where credit is due. The pitching staff was effective, holding the Sod Poodles to one run on six hits, two walks and ten strikeouts.

The RoughRiders have missed Justin Foscue (I assume an injury but no confirmation) the last couple of games and would benefit if he can get back in the line-up.

Sal Mendez earned his team-leading sixth win of the season.

I'm Heath and I love the Rangers especially being born and raised in the Dallas area! My wife and kids are my world. I'm passionate about family, baseball, bbq and music.

The Surprise Saguaros won today by a final of 5-3 over the Javelinas.

Spencer Mraz earned the save (1) and struckout 2.

Why does everything have to be so fast-paced?

What's meaningful that would knock off time?

Sure you can implement the pitch clock and not have batters step out of the box to adjust their gloves after every swing. That doesn't add up to a significant amount of time.

It’s just amazing MLB refuses to do anything meaningful to shorten the length of games. Both Red Sox-Astros games were over 4 hours. This is killing interest in the game. Nobody has four hours each day to spend on baseball.

That's a W for the Arizona Rangers.

The Prospect Times|covering the Rangers farm since 2019