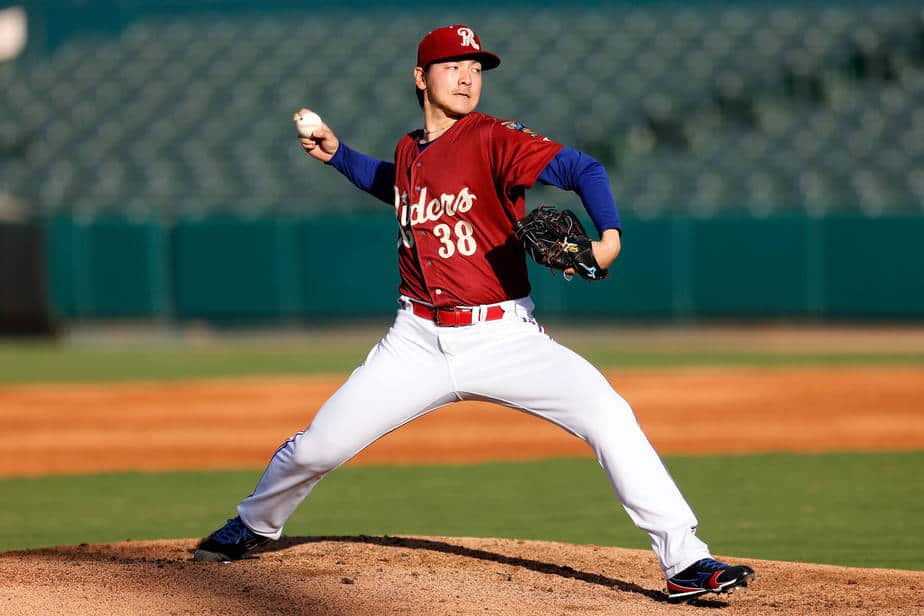 The Riders move to 55-40 and split the series at 3-games a piece with the Arkansas Travelers (Mariners).

Kohei Arihara got the start pitching two scoreless innings. Cole Ragans, the scheduled starter pitched 4 innings pitching innings 3-6 and was credited with the win after allowing 2 runs, 1 earned on 2 hits, 3 walks and 5 strikeouts.

Fernery Ozuna came out for the 7th and 8th and pitched two shutout innings. He walked one and struckout 4. It seems that has been hit best outing in a while but that’s just based on memory.

Chase Lee earned his 2nd save with his scoreless inning. He struckout one and lowered his earned run average to 2.84.

As usual Bubba Thompson hit lead-off for the RoughRiders. He ended the game going 3-4 with a run and was the only RoughRider with a multi-hit game. He had 3 of the RoughRiders 5 hits.

Blaine Crim and Isaias Quiroz were the others that had a hit.

The RoughRiders scored all three of their runs in the bottom of the 1st. Bubba Thompson led-off with a single, then stole 2nd base. Josh Smith worked a walk. Levi Stoudt uncorked a wild pitch that allowed both runners to move up a base. Justin Foscue hit a sac-fly scoring Bubba Thompson. And then the big shot came from Blaine Crim. He sent a baseball over the wall in in centerfield for his 5th home run in a RoughRiders uniform. He’s hit 25 home runs on the year including his time in Hickory.

Isaias Quiroz dropped a foul ball, Cole Ragans had a fielding error and Bubba Thompson committed a rare fielding error, just his 3rd of the season.

Bubba Thompson also stole his 21st base of the season and Josh Smith stole his 2nd base since he’s been in a RoughRiders uniform.

The Frisco RoughRiders travel to Amarillo to take on the Sod Poodles in a six-game series at Hodgetown.