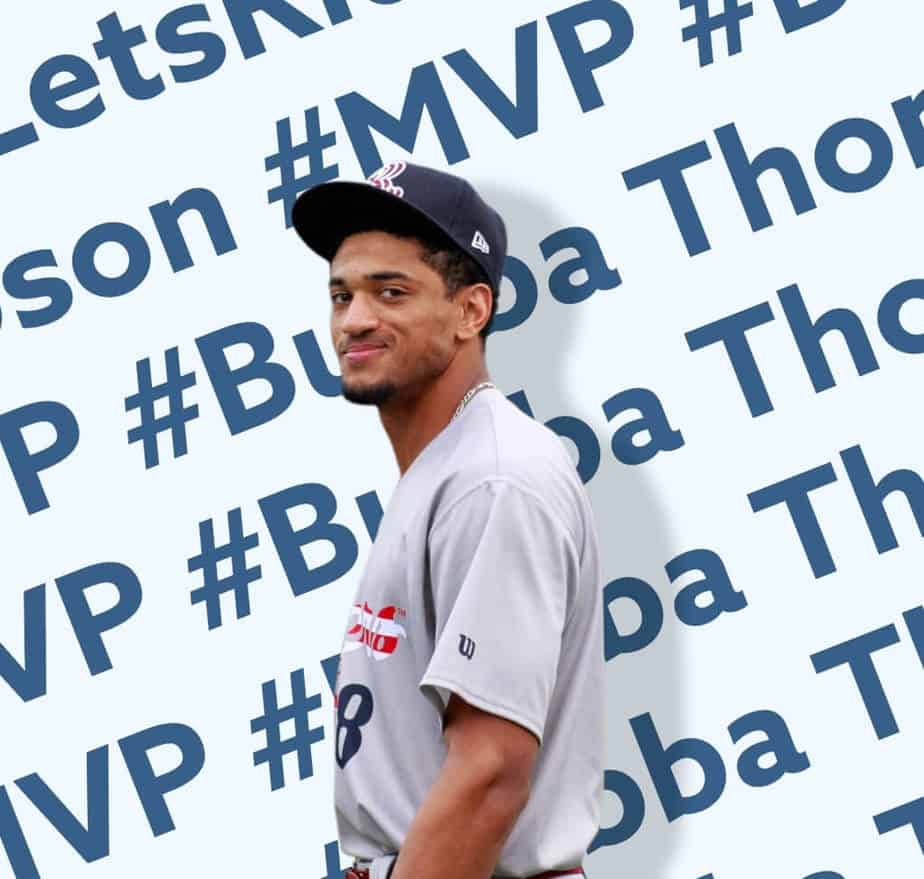 Bubba Thompson was recently named the season MVP for the 2022 Round Rock Express, the Texas Rangers’ Triple-A affiliate.

What’s impressive is that he only played in 80 games with the Express. Despite playing in fewer games than some of his teammates, Bubba still put up impressive numbers and was a big part of the Express’ success this season.

Bubba’s numbers speak for themselves, but it’s his energy and speed on the field that really endear him to fans. He stole 49 bases and was caught just 3 times.

In fact, Bubba Thompson broke the Express’ single season stolen base record and his name sits at the very top.

Texas Rangers fans have really taken notice of Bubba’s talents and enjoyed watching him this season – he’s definitely been one of the bright spots!

Congratulations to Bubba Thompson on being named the Round Rock Express MVP.