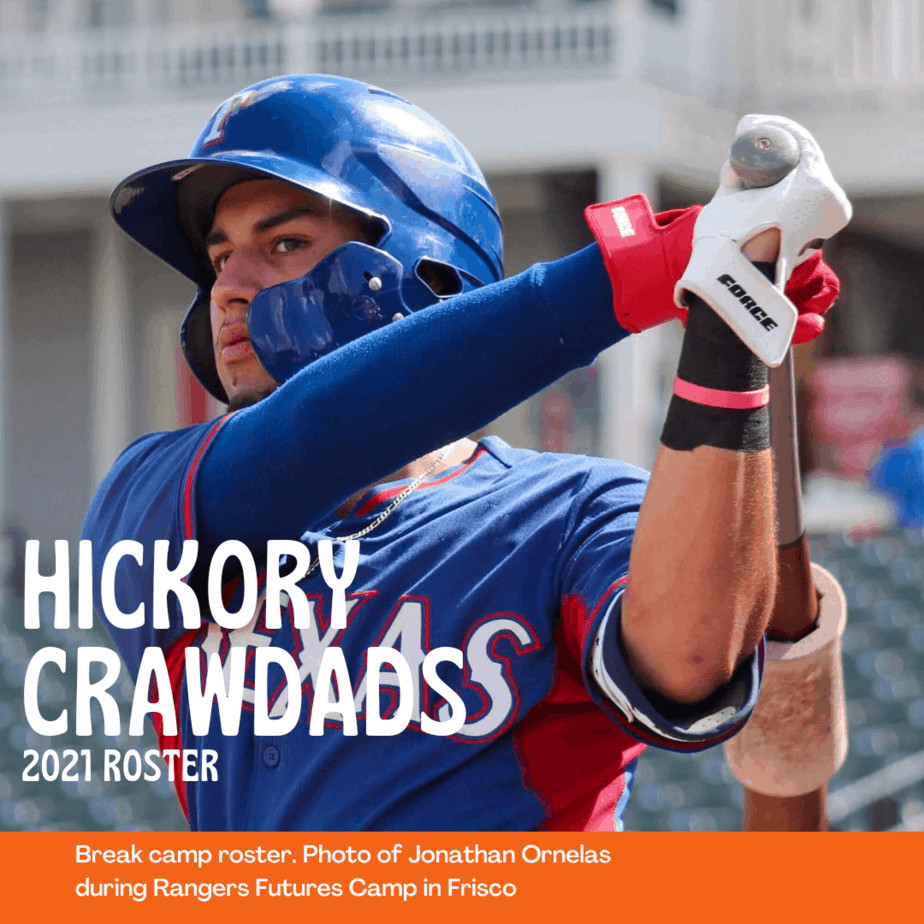 The Rangers announced the High-A Hickory Crawdads 2021 roster today, although the Crawdada announced it on the 27th. It’s not surprising that the Crawdads have a nice group of prospects that have a bright future ahead of them. Here shortly, we’ll see these guys chasing their dreams as fans fill the ballparks after more about a year and a half without baseball.

The Hickory Crawdads have seventeen pitchers to start the season. Six of which are left-handers. There are quite a few pitchers on this list that intrigue me. Cole Ragans coming back from his second Tommy John surgery is one. Ronny Henriquez and his electrifying fast ball and Avery Weems with his strong spring, just to name a few.

The catching position is going to be shared by David Garcia and Scott Kapers. Garcia is a switch-hitter and is the Rangers # 13 ranked prospect according to mlb.com.

This is a really solid group of infielders. There’s not many playable balls that will get by this group. Justin Foscue was the Rangers 1st round pick in 2020.

There’s not many balls that should fall in the outfield with this group of players. Cole Enright started 9 games at 1st base in 2019 and played 2nd base and short in years prior. Don’t be surprised to see make some spot starts in the infield.

There are no championships to play for this year in the minor leagues but it’ll be interesting to see the development of the players especially with a lost season. We’ll keep track of the movement throughout the whole farm system.