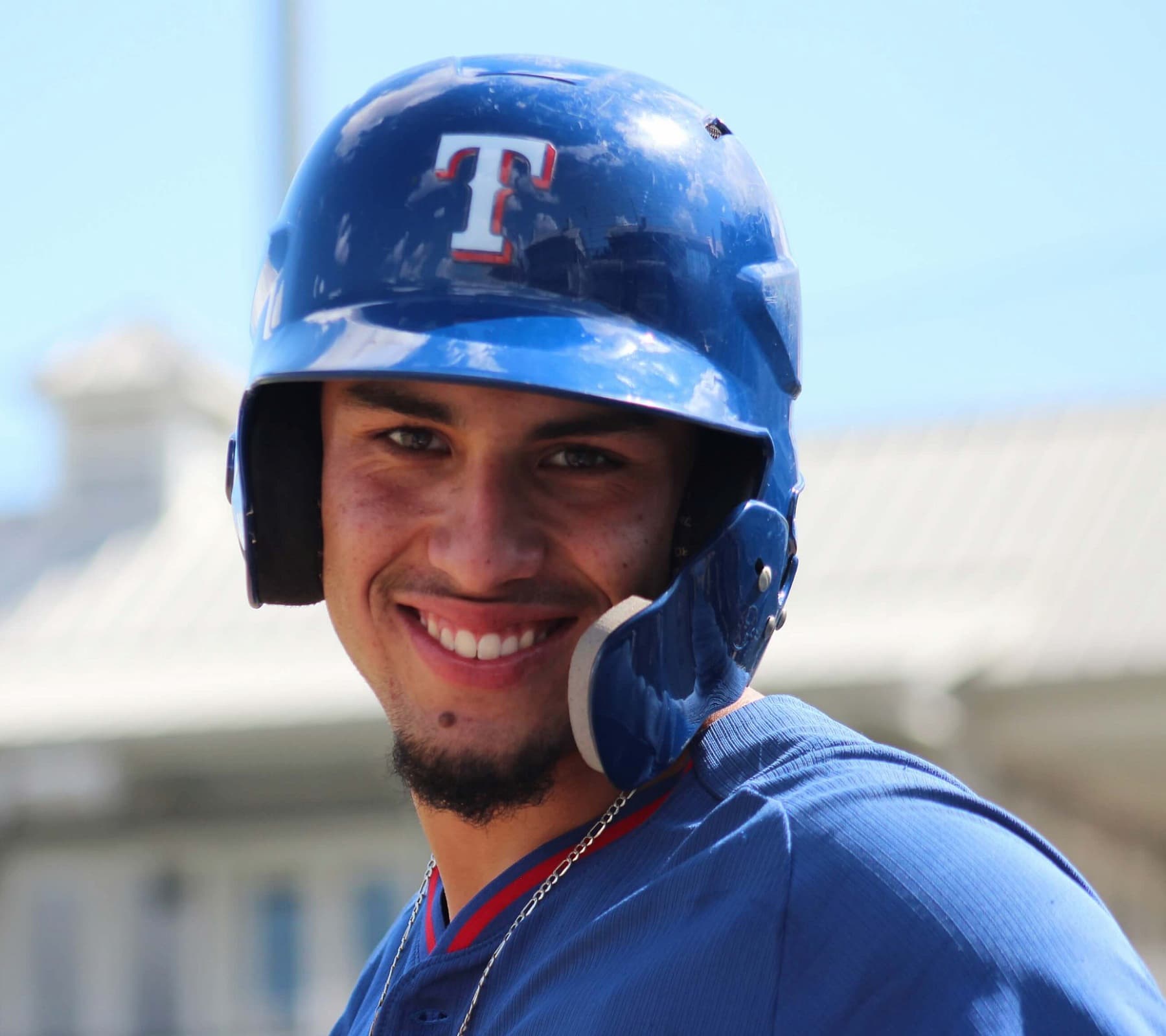 On Strike Out Cancer night RHP Zak Kent (0-1, 5.23) opened for the Frisco RoughRiders this afternoon against RHP Julio Robaina (0-2, 9.90). RHP Justin Slaten followed. The Riders needed a win to split the series at three-games a piece.

Hooks batter Justin Dirden hit the first pitch from Zak for a leadoff double. Emmanuel Valdez then hit a 2-run HR 377 feet with a exit velocity of 105 mph off the bat for the Hooks to lead 2-0.

Jonathan Ornelas picked up his 51st hit of the season with a lead-off single.

Justin Slaten (0-2, 5.00) replaced opener Zak Kent in the top of the 2nd. This is Slaten‘s 2nd appearance in this series as he came out of the pen in game two.

Kellen Strahm leadoff the top of the 2nd with a leadoff single, the Riders fourth hit of the game.

Justin Foscue hit a chopper that snuck under the glove of Valdez and it went down as Frisco’s 5th hit of the day. Foscue had a one-out double.

Crim worked a full count. Hard hit (108 mph off the bat) into right and it moved Foscue to 3rd. Ezequiel Duran grounded into a 6-4-3 double play.

Slaten caught Yainer Diaz looking on an offspeed pitch. Offspeed curveball on the inside froze him for called strike three.

Got Whitcomb swinging on another curveball. Allowed 1st base-runner in the top of the 4th. Then the Hooks followed with their 1st hit off Slaten by Jose Alvarez for runners on the corners with two outs. Slaten got his 6th strikeout of the day by getting Urdaneta swinging to get out of the inning.

Justin Slaten came back out for the 5th and he brought his paint brush with him as he painted the corners. Got his 7th strikeout -another on the corner.

The Hooks added an insurance run off a single from Emmanuel Valdez, a one man wrecking ball.

Seth Nordlin replaced Justin Slaten after the run. Nordlin was able to get Yalner Diaz to fly out to center.

The Riders finally got a hit they’d been needing. With two on, Ezequiel Duran hit his 18th double of the season to score Ornelas and Crim. Then Josh Stowers hit an RBI single scoring Duran to give the Riders a 4-3 lead.

Ezequiel Duran has 18 doubles, which lead all of baseball.Click to Tweet

The Hooks tried to get a run back in the top of the 6th. They hit two one-out singles but Seth Nordlin was able to get the last two outs by swinging strikeouts.

The RoughRiders added a much needed insurance run when Jonathan Ornelas hit a one-out double scoring.

Dirden hit his 3rd home run of the series to bring the Hooks within a run. A two-run shot from Emmanuel Valdez put the Hooks back on top 6-5. It was his 2nd two-run HR of the game.

Chase Lee pitched the top of the 8th and added to his legend. He pitched a 1-2-3 inning and added another scoreless outing to his stats.

The RoughRiders tied on an RBI-triple by Jonathan Ornelas. It was his 4th hit of the game and 2nd time this season he’s had a 4-hit performance. Ornelas then put the Riders in front when he scored on the wild pitch by Jaime Melendez.

Lucas Jacobsen came in and 98 mph. 79 MPH. High and away with the splitter for 2nd strikeout.

Sandro Fabian had the outfield defense on lockdown.

Jonathan Ornelas went 4-for-5 with 2 RBI. He also stole his 2nd base pf the season. He is our Player of the Game.

The RoughRiders will welcome the San Antonio Missions to town to start a new six-game series on Tuesday.