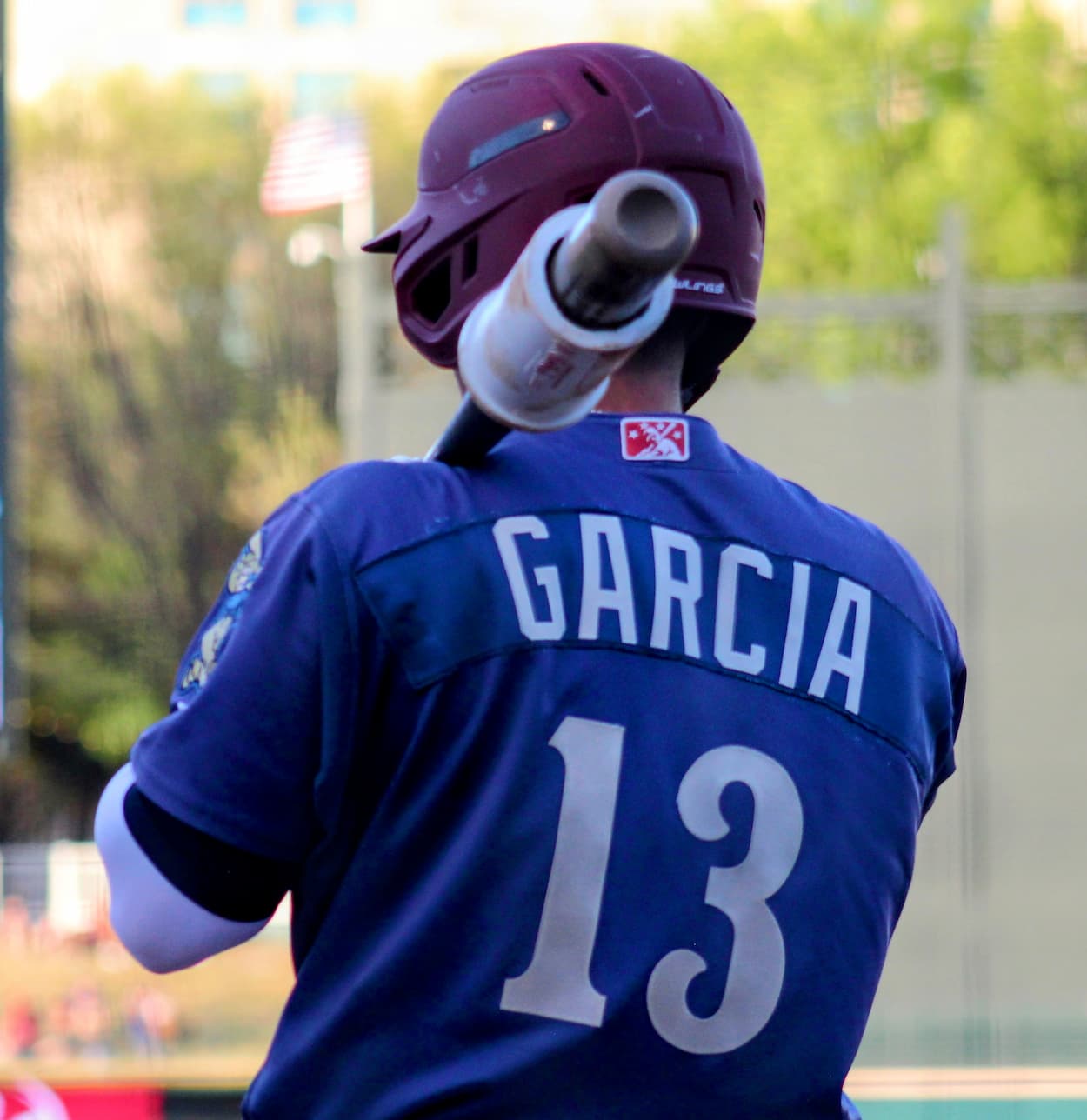 It was Friday and it was Leiter-day instead of Saturday as we’re accustomed to. The RoughRiders seem to shifting the pitching rotation now that the players are more steched out and may be going to 5-man rotation with guys piggybacking.

A crowd of 5,720 came out to watch the RoughRiders try to snap their two game losing streak with the Rangers number one prospect on the mound.

Leiter was cruising for the most part until the top of the 4th. His pitch count was a little high for my taste but at that point he had the Hooks scoreless with 5 strikeouts- all swinging. Then the 4th inning happened. Luke Berryhill was hit by pitch. Then the Hooks managed two hits off weakly hit singles to load the bases. Justin Dirden, who was out on a hidden ball trick from the previous game then hit a single to get the Hooks on the board.

Leiter got Shay Whitcomb to pop out to 3rd and then a quick 3-pitch swinging strikeout of Bryan Arias. A two-run grounder just out of the reach of Justin Foscue. Then a RBI double makes it a 4-2 game Hooksdouble and a walk later to reload the bases and Leiter’s night was done. The score was 4-2 Corpus Christi.

Tyler Thomas replaced Leiter and Luke Berryhill hit a 425 foot grand slam on a 3-1 pitch making the score 8-2. Three of those runs were charged to Leiter.

Jack Leiter faced 9 batters in the 4th inning. That’s the first time he’s faced the whole lineup in an inning in his professional career.

Tyler Thomas came out of the pen.

In the bottom of the 4th, Blaine Crim was robbed of a base hit with a ball hit 106 mph off the bat but at the 3rd baseman.

Dustin Harris had a hard hit ball as well. It was 101 off the bat.

Top of the 5th

Tai Tiedeman had 7 scoreless innings in the month of May. He started off this game with a strikeout. He pitched three innings, allowing two unearned runs on three hits with three strikeouts.

RoughRiders definitely had some work to do on the offensive side of the ball. They tried to rally and chipped away at the lead.

The RoughRiders scored two runs in the bottom of the 6th, 7th and eighth which at the time made it and 11-8 game.

defensively, the RoughRiders had one error (Ornelas (5), fielding) and the Hooks had three.

The RoughRiders look to snap their 3- game skid. Left-hander Cole Ragans takes the mound for the Riders against RHP Tyler Brown (0-5, 10.44) and the Hooks.

The RoughRiders will honor fallen hero, Air Force 2d Lt Anthony D. Wentz. His wife, Cori Wentz, will throw out the first pitch to celebrate Armed Forces Day. There will be a patriotic-themed fireworks show following the game.