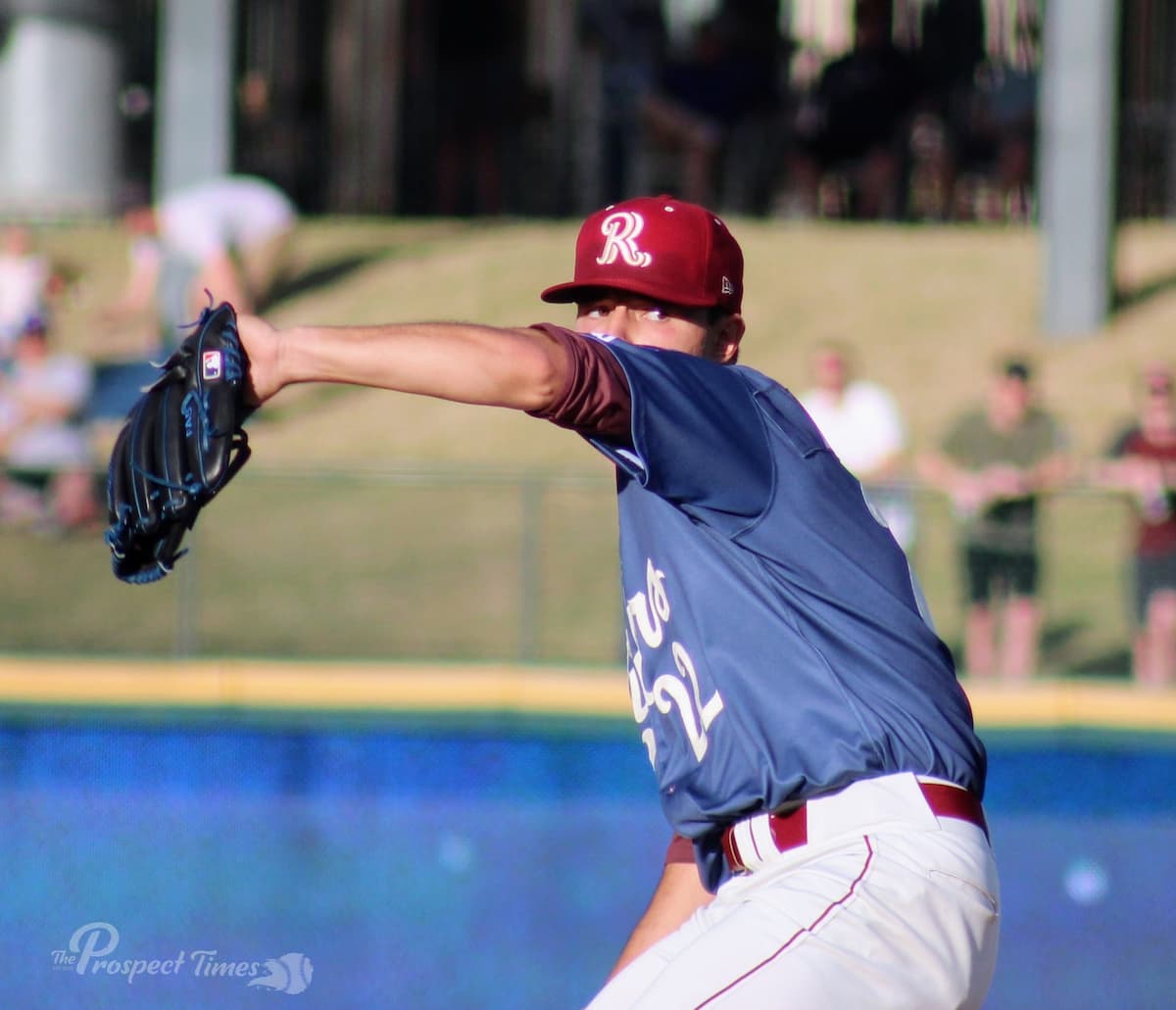 The RoughRiders played a 6-game series and Leiter took the mound for the 1st game of the double header. It was the 2nd game of his young professional career. You could say the RoughRiders were on a mission as they swept the series.

All eyes are on Jack Leiter and for good reason. He’s the Rangers top ranked prospect. So far he’s not disappointed. In his 1st start, he was Leit’s out. This time around, it wasn’t vastly different. He allowed one run on one hit, issued three walks but also struckout four in his four innings of work.

In the 1st inning Leiter issued a five pitch walk to Esteury Ruiz, the first batter he faced. The impressive part was how he handled it by getting the next three batters, including a strikeout to end the inning. He threw 17 pitches.

The RoughRiders got the scoring started first, just like they have in every game they’ve played this season. They scored two runs from a double off the bat of Dio Arias.

In the bottom of the 2nd, the Missions led off a double. The runner was moved to 3rd from a groundout. Then scored on another groundout. Leiter got out of the inning by striking out Chris Givin swinging on four pitches. He threw 20 pitches.

The bottom of the 3rd was Leiter’s most laborious. The first batter struckout swinging. Then, he issued back to back walks, one of those on four pitches. He got two fly- outs to end the inning. He threw 22 pitches.

He threw 16 pitches in total getting a fly out, strikeout and then a groundout.

Leiter had thrown 75 pitches/42 for strikes.

Since Leiter didn’t go 5 innings, he didn’t factor into the decision. Grant Wolfram pitched 1.2 innings out of the pen, allowing two runs on one hit, two walks and two strikeouts.

Nick Starr earned his 1st save of the season, pitching 1.1 scoreless innings.

The RoughRiders have won both games that Leiter has started. Very promising start for Jack Leiter’s professional career.

The RoughRiders won game two of the double-header as well by a final of 4-1 and moved to 8-1 on the season. They maintain 1st place with the best record in the Texas League and their best start since 2016 when they went 9-1 to start the season.

Ezequiel Duran has been hitting balls pretty hard. He is the leader of the Texas League in doubles with 6.