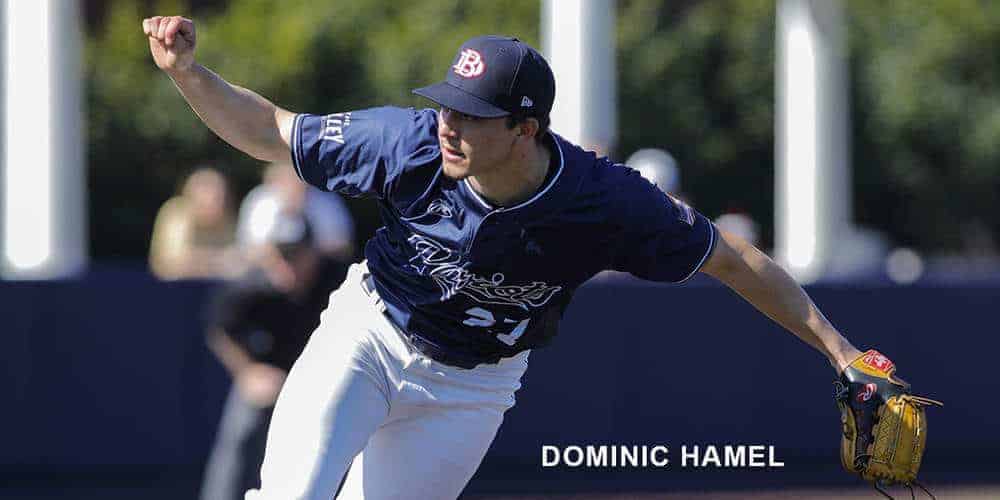 Hernandez has been selected as the manager and he has plenty of managing experience to guide this group of players to a championship at seasons end. He has been in the Miami Marlins organization for going on 14 years. In his first year as manager of the Gulf Coast League Marlins he guided the team to a 1st place finish with a record of 38-12. Each of the next two seasons saw the GCL Marlins finish in first place with a 37-19 record in 2010 and a 38-16 record in 2011.

Dennis Cook pitched 15 years in the Majors with 9 different teams, including the Texas Rangers for two years. He was on the 1997 World Champion Marlins team and appeared in game 3 as a relief pitcher. His career numbers include a 64-46 record and a 3.91 earned run average.

Dean was drafted by the Toronto Blue Jays in the 13th round of the 2011 draft. He spent six seasons in the Blue Jays farm system and his line was .257/.320/.396. The last two years he played in Independent leagues for three teams including the Airhogs in 2019.

Baley made 3 starts but appeared in 10 games before the baseball season was cut short. In 22 innings pitched, he issued 8 walks and struck out 25 on his way to a 4-1 record with a 2.86 earned run average.

From Fort Worth and appeared in 6 games and had a 1.50 earned run average. In his 6 innings of work he walked 2 and struck out 5. Opposing batters hit for an average of .273 against him.

According to baseball-reference, Joe Buckendorff pitched 3 innings and had an earned run average of 12.00 with a 0-1 record. He struck out 5 of the 14 batters faced while walking 1.

Carver was drafted by the Rangers in the 23rd round (685th overall) of the 2019 draft. Instead of signing with the Rangers Carver chose to honor his commitment to Dallas Baptist University to continue to develop. In 7.2 innings pitched this year he had a 1-0 record with a 2.35 earned run average. He walked 6 and struck out 8 of the 33 batters he faced.

According to perfect game, in the 2018 National Showcase, his Fastball topped out at 93 MPH. Cornelio pitched 10.1 innings for the Frogs, walked 7 and struck out 6 but still only allowed 1 earned run. His record was 1-0 with a 0.87 earned run average and opposing lineups hit for an average of .094 against him.

Godman is a two-player although he bat 2 times this year his batting average was 1.000 in his two at bats. He pitched 9 innings and had a 5.00 earned run average. Opposing lineups had a .314 batting average against him. He walked 2 but struck out 9 of the 39 batters faced.

Before his season was cut short, Hamel was busy striking batters out. He made four starts pitching 19.2 innings, struck out 27 and walked 7. Opposing batters hit for an average of .181 against him.

Chet Jones returned from injury just prior to Covid-19 shutting things down and only pitched 0.1 innings this year and walked 1 batter.

Joey Martin pitched 9.1 innings in six appearances. He struck out 9 and had a 4.82 earned run average.

Meador appeared in 3 games and ended the shortened season with a 19.29 earned run average in 2.1 innings. The Seattle Mariners drafted him in the 31st round of the 2019 draft but he honored his commitment to TCU. I’ve seen reports of an explosive fastball and a curveball with a high-spin rate.

St. Pierre pitched 23 innings and has a 2.74 earned run average. He struck out 37 batters and averaged 14.48 strikeouts per game. Opposing batters worked 10 walks and had an average of .242 against him.

Werran’s hometown is Prosper, Texas and he pitched four seasons on the Prosper Varsity team. This year he pitched 7.1 innings, walked 6 and struck out 6 while ending with a 8.59 ERA.

Blessinger has some wheels; he stole 31 bases in 2019 setting a school record at Maranatha High and is their all-time hits leader.

Fletcher was having a heck of a season hitting .321 in 17 games with 5 home runs and 20 RBI. Call the cops as he stole 9 bases. Excuse my lame attempt at humor. He walked 11 times, struck out 16 and his on-base percentage was .451. Fletcher is a solid pickup for the line-up.

Haas played in 17 games hitting .224 with 1 home run and 3 RBI along with a stolen base. He worked 9 walks to help get his .415 on-base percentage on the shortened season.

Riggs hit .278 over six games with two runs and two stolen bases. He walked two times and his on-base is .350.

The Minnesota Twins draft Robertson in the 26th round of the 2019 draft. He won the Oklahoman?s All-State Player of the Year in 2019. It appears from the stats I was able to find that Robertson only had 1 at bat this year.

I wasn’t able to find current information on Rece.

With no baseball action this year, this league is an opportunity to get some work in. As a senior in high school in 2019 he was named All-Area Offensive Player of the Year. He hit for an average of .467 with an on-base of .557 along with 4 home runs and 38 RBI.

George slashed .338/.390/.352 and had 10 RBI in 17 games. He stole 7 bases without getting caught. According to perfectgame.com, George has some bat speed and made solid middle of the field contact.

Martin is a two-way player and actually has solid pitching stats. His career pitching stats from high school include a 2.96 earned run average and an opponent batting average of .202. Offensively, he in 76 games his line is .332/.486/.584 which is outstanding.

I haven’t seen these guys play in person but looking at the numbers on a individual basis, this is a solid RoughRiders Texas Collegiate League roster. With this coaching staff they are

Stay tuned here, we’ll have all the coverage on the RoughRiders TCL season. I’m looking forward to the opportunity.