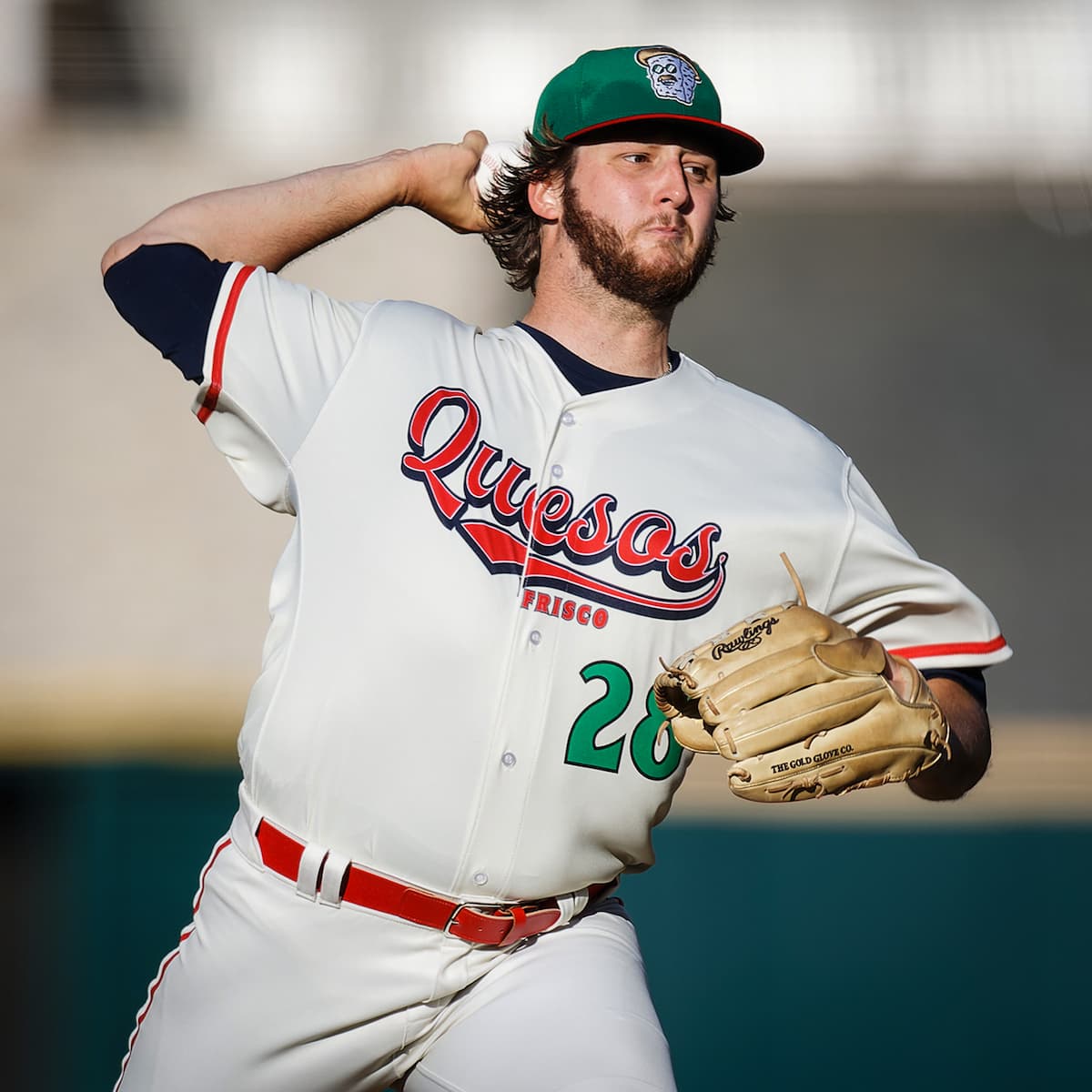 Cinco de Mayo presented for the RoughRiders to play under their Copa de la Diversión moniker, Los Quesos Frisco. The Arkansas Travelers played as the Diamantes de Arkansas in front of a crowd of 2,801 fans.

Right-hander Justin Slaten made his fifth appearance in a game but his fourth start for the RoughRiders against Arkansas (11-13) right-hander Taylor Dollard. Dollard is the Mariners # 15 ranked prospect.

Slaten pitched three scoreless innings for the Riders allowing one hit, issuing four walks and striking out four. He lowered his earned run average from 2.57 to 2.12. He threw 68 pitches-37 for strikes.

Is been a common theme this season for the RoughRiders to score 1st. That didn’t change last night. Ezequiel Duran put the RoughRiders on the board first with an RBI-double, his 10th double of the season.

The RoughRiders led 1-0 until the top of the 6th inning when the Travelers tied the game on a sac-fly. The RoughRiders wasted no time in untying the game, scoring two runs in the bottom of the 6th.

Kellen Strahm hit a sac-fly RBI in the bottom of the 8th to make it a 6-1 game which ended up the final score. The RoughRiders move to 15-9.

Friday May 6th, LHP Cody Bradford will take the mound for the RoughRiders.

Saturday we have a pitching match-up you don’t want to miss.

Sunday will be LHP Cole Ragans that will toe the rubber for the RoughRiders in this series finale.