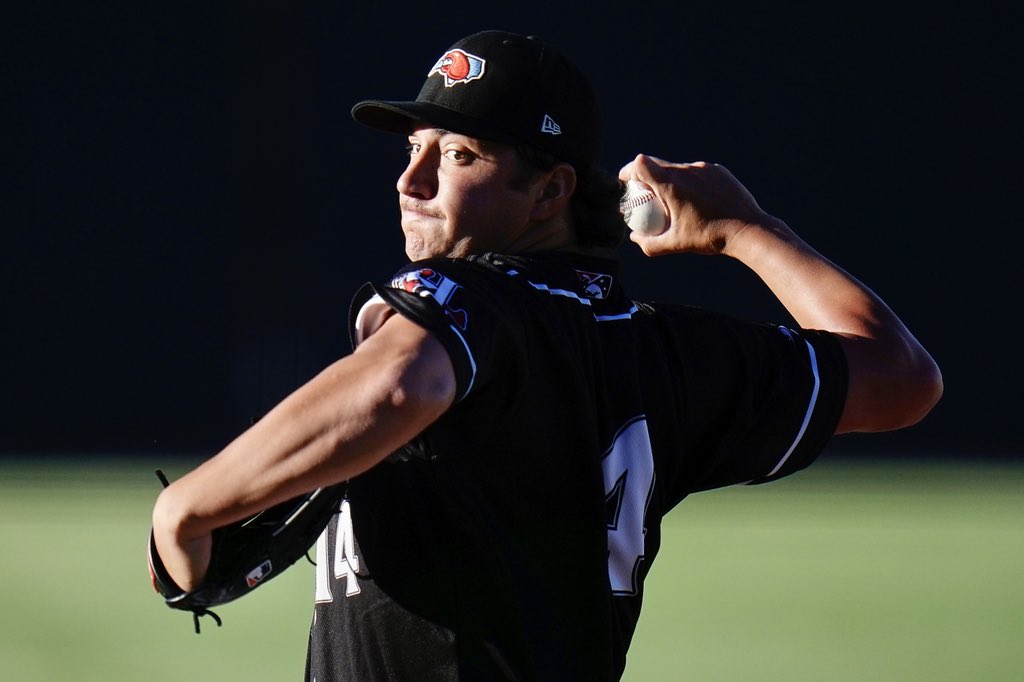 The Frisco RoughRiders have a few pitching prospects that figure to be part of the Rangers future rotation. Recently promoted, Owen White, ranked number eight in the Rangers system, will make his highly-anticipated Double-A debut on Saturday June 25th against the Arkansas Travelers.

White really had nothing else to prove in High-A Hickory. He pitched a total of 58.2 innings with a 3.99 earned run average. He’s got plenty of swing and miss as he struckout 81 batters.

The jump from High-A to Double-A is considerable and there will be a learning curve but White will be able to handle it.