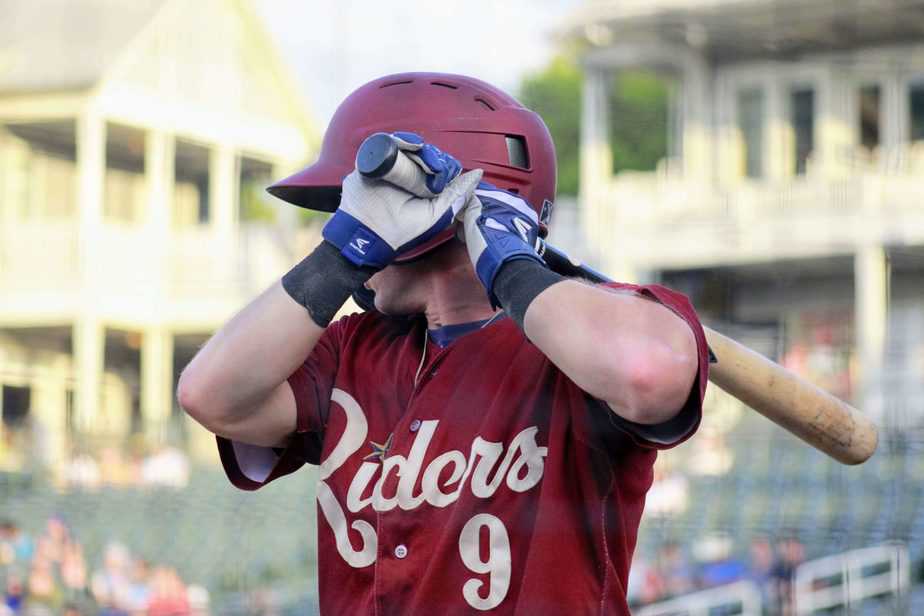 The RoughRiders lost by a final of 5-1 to the Arkansas Travelers (Mariners). The RoughRiders are on the wrong side of a streak, as this is their third loss in a row. Their record is 36-20 and they still have a commanding 8.5 game lead over the 2nd place San Antonio Missions. I don’t say that with too much confidence as that lead can disappear quickly with 64 more games to play this season.

We’ve had a slight change of plans to the rotation for the rest of this series. Cole Winn (2.49) opened the game throwing seven pitches in his scoreless inning. That means he won’t start tomorrow as originally planned. He’ll be heading to Colorado for the Futures game. The starter for tonight’s game is TBD.

Ronny Henriquez (1-1, 6.04) replaced Winn in the 2nd inning. He allowed 4 runs, 3 earned on five hits and four walks. He struckout five travelers and took the loss.

Nick Snyder (1.23) pitched a scoreless inning. He gave up one hit and struckout two.

The RoughRiders scored one run across seven hits. Bubba Thompson (.277), who recently lost his 11-game on-base streak, went 2-5 with a stolen base.

Diosbel Arias (.276) was the only other Rider to have a multi-hit game. He went 2-4 at the plate. Defensively, he committed his 3rd fielding error of the season.

Outfield Assists are always worth mentioning

JP Martin and Steele Walker each had an outfielder assist.

The RoughRiders will look to get back in the win column tonight against the Travelers and LHP Brandon Williamson (0-1, 3.60). The RoughRiders have yet to announce their starter.