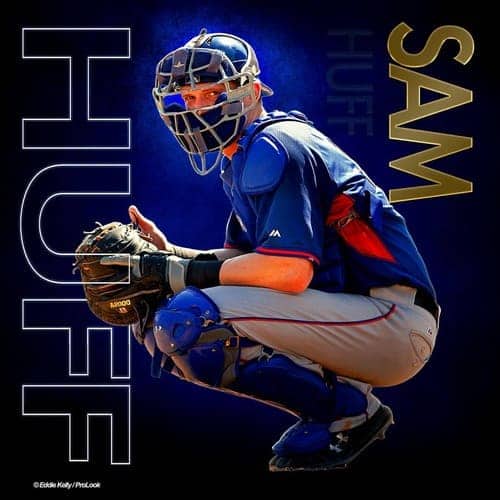 I am seeing reports and tweets that the Rangers are adding Sam Huff to the roster and promoting him. Jose Trevino was injured in the game against the Angels last night and is going to be listed as day to day but that leaves Mathis as the only catcher.

Adding Sam Huff actually makes since since he would need to be added to the 40-man this winter for rule-5 protection anyways.

Huff, 22, is listed by many as the # 2 ranked prospect in the Texas Rangers farm system, right behind Josh Jung. Huff shot up the prospect rankings last year and won the MVP of the Futures All-Star game. Now is as good as a time as any to give him a glimpse of the Major-League side.

With the Rangers needing to get these prospects playing time and guage what we have for the future, keep in mind that he hasn’t played above High-A. This is something alot of fans have been clamoring for and now we’ll be able to see Huff in the Rangers line-up.

Scott Heineman has been optioned.