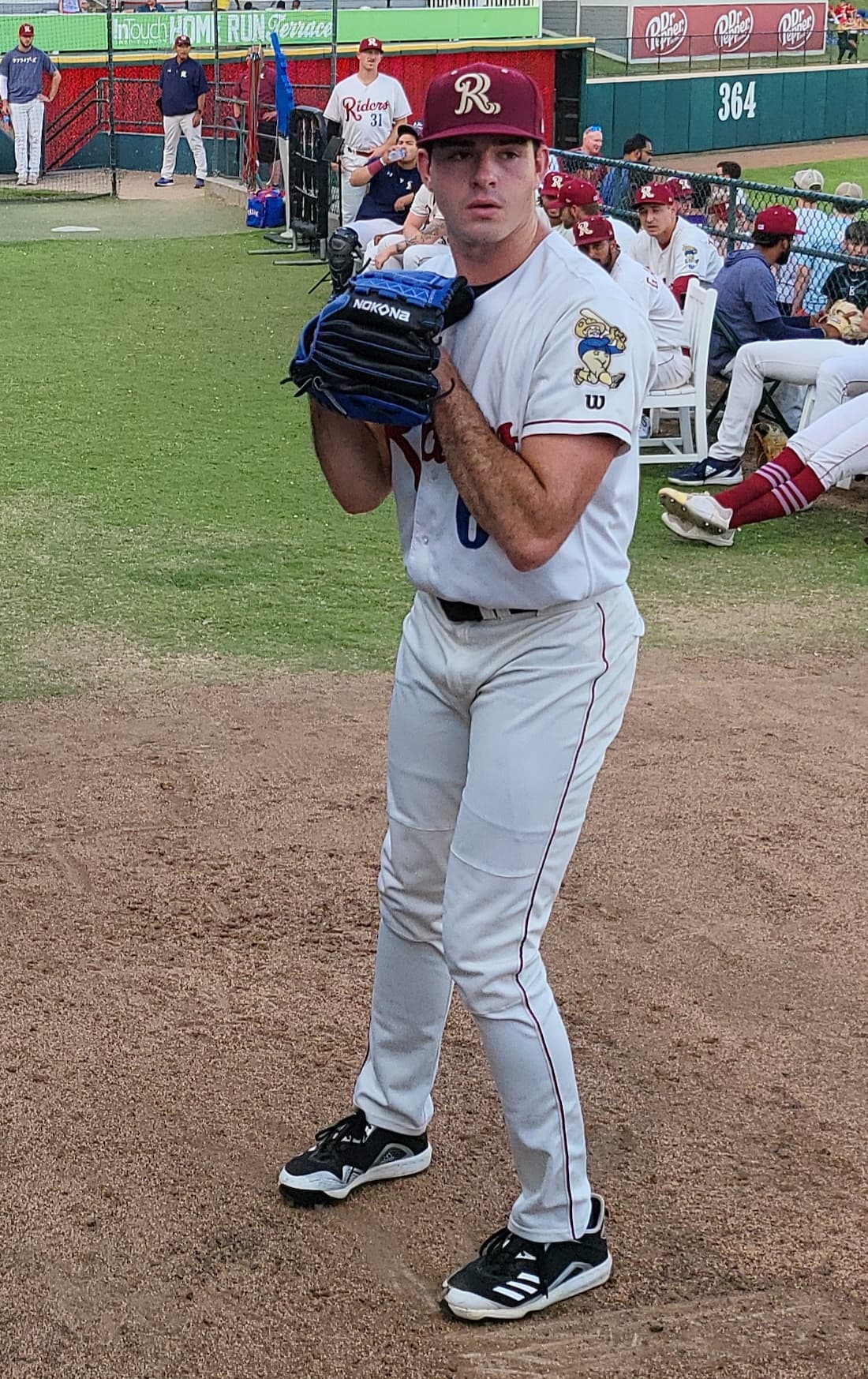 Frisco, TX– Left-hander Cody Bradford made his twelfth start of the season for the Frisco RoughRiders and 6,704 fans were in attendance to see him set a season-high with 11 strikeouts.

A gametime temperature of 96 degrees didn’t keep the a nice crowd- some from Wisconsin- from coming out to Riders Field and watching the Riders climb back over the .500 mark.

Bradford threw 29 pitches in the top of the 1st. The RoughRiders had two pitchers warming in the bullpen in case Bradford wasn’t able to escape the inning. After the first two batters reached by a single and a walk, Bradford struckout the side- all swinging to get out unscathed.

The RoughRiders only run came in the bottom of the 2nd inning when Trey Hair hit his 12th home run of the season.

The RoughRiders probably should have won 3-0, possibly 4-0 but two calls didn’t go their way, which led to manager Jared Goedert’s ejection from the game.

The first call was when JP Martinez came around to score after Jonathan Ornelas hit a single but Martinez was called out on a close play at home plate. Goedert voiced his displeasure.

The 2nd call came in the bottom of the 5th. JP Martinez had drawn a one-out walk and then Jonathan Ornelas hit a ball to left-field that seemed to have hit above the yellow line on the outfield and bounced back in. It was ruled a single. Goedert didn’t like that call either and made it known. He was ejected by the 3rd base umpire Casey James.

Cody Bradford pitched a nice game especially considering the RoughRiders almost called on the bullpen in the 1st inning. He pitched 5.1 scoreless innings and set a season-high mark in strikeouts with 11, 8 swinging. He threw 90 pitches/61 for strikes.

Bradford seems to be finding his groove of late. In the month of June, he’s given up two runs (one earned) in 15 innings pitched on 4 walks and 21 strikeouts.

The RoughRiders used four pitchers out of the pen. Tai Tiedeman got the final two outs in the top of the 6th.

Triston Polley made his Double-A debut and issued a walk but kept them scoreless in his 1.1 innings pitched.

Joe Corbett struckout one in his 2/3 of an inning.

Nick Starr pitched a scoreless top of the 9th to earn the save.

The RoughRiders line-up scored one run on 10 hits, 2 walks and 6 strikeouts.

Multiple RoughRiders had a multi-hit game: Jonathan Ornelas (3-for-4), Trey Hair (2-for-4) and Kellen Strahm (3-for-4). JP Martinez worked the RoughRiders two walks.