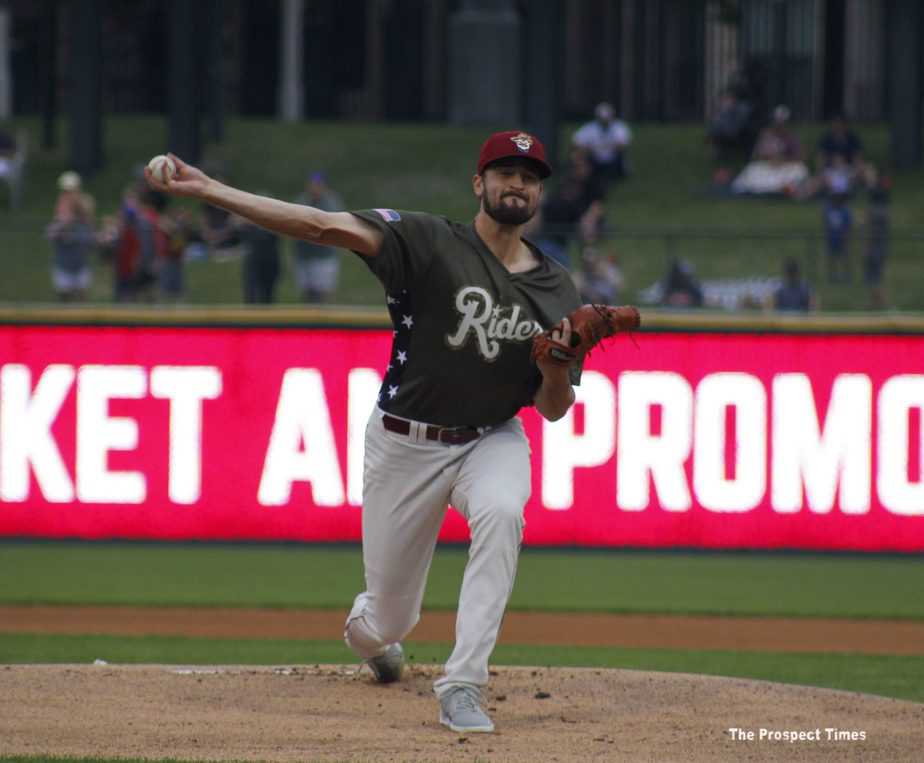 The RoughRiders welcomed back right-hander Tim Brennan off the Injured List by starting him on the mound yesterday against the Sod Poodles. This was his first start since May 15th. Unfortunately the RoughRiders now have a two-game losing streak after the 4-1 loss last night. So they will look to get back into the win column tonight.

Despite taking the loss, Tim Brennan had a good start. He pitched 3.2 innings and allowed only one run on four hits, one walk and one strikeout. Out of four starts this year with the RoughRiders, this is the 1st run he’s allowed in his 12.2 innings. He threw 48 pitches/38 for strikes.

Tai Tiedemann replaced Brennan in the top of the 4th. Tiedemann allowed three runs-two earned on two hits, four walks and one strikeout in his 1.2 innings.

Chase Lee pitched the final 2.2 innings. He didn’t allow a hit and struckout four, lowering his earned run average to an even 2.00 on the season.

The RoughRiders were scored 1 run on 7 hits. The lone run came from a solo home run from Catcher/Pitcher Jordan Procyshen in the top of the 8th inning. It was his 5th home run of the year.

The only Rider to have a multi-hit game was Justin Foscue who went 2-4. Bubba Thompson, Diosbel Arias, Sam Huff, Jax Biggers and of course Jordan Procyshen had the other hits.

RHP Ronny Henriquez starts for the RoughRiders tonight as they try to get back into the win column. RHP Zak Kent will start Saturday and then LHP Cole Ragans will start on Sunday. The RoughRiders still have a chance to salvage this series and they need to.

RoughRiders lose 15-1 to the Sod Poodles