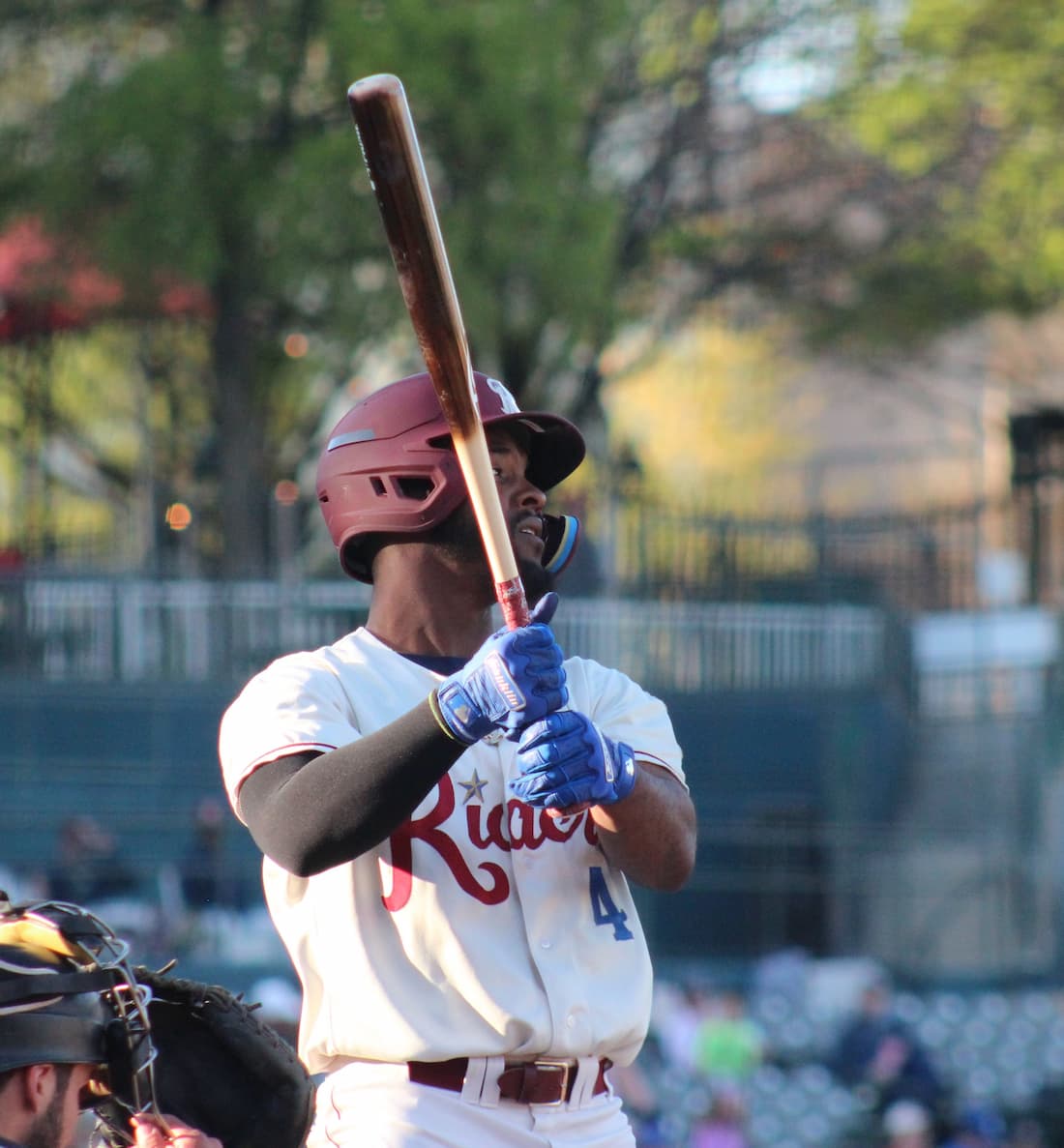 Josh Stowers two home runs led the RoughRiders to a 7-5 win over the Midland RockHounds to secure their 3rd win in-a-row. They move to 13-6 on the season and left-hander Cody Bradford earned his 2nd win of the season. The RoughRiders have a 9-1 record on the road this season.

It turns out the multi-home run game was the third of his career and the 4 RBI ties a career-high. Now is probably a good time to remind you that Josh Stowers became the first RoughRider to ever hit 20 home runs and have 20 stolen bases.

Bradford had a bounce back effort from his prior start. He pitched five innings and allowed two runs on eight hits and four strikeouts.

Far better than his last outing against the Naturals, where he allowed 10 runs in 2.1 innings on six hits and four walks.

Grant Anderson pitched two scoreless innings out of the pen, striking out two in the process. This is now 5 outings where Anderson has not allowed an earned run to score.

Sean Chandler pitched 2/3 of an inning and allowed two runs on a hit, a walk and a strikeout.

Nick Starr shut the door and earned his 2nd save of the season. He allowed one run on one hit, two walks and a strikeout in his 1.1 innings.

Multiple RoughRiders had a multi-hit game.

Justin Foscue went 3-for-3 with a walk. This marks the 1st time this season that he reached base four times.

Trey Hair went 2-for-4 with two runs to bring his average to .280 on the season.

Konner Piotto, who was just assigned to the RoughRiders today went 2-for-4 with two runs as well.

Also have to mention that Kellen Strahm hit his 1st home run of the season.

Up next Saturday April 30