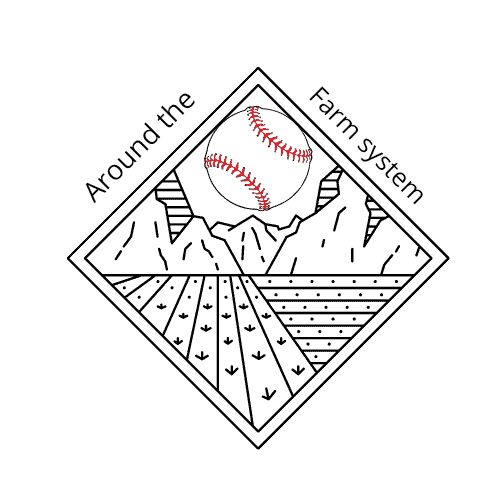 Welcome to Around the farm: May 11th edition. If you’re new here we highlight each game played around the farm system from the previous day or night.

Colin Wiles (1-0, 1.80) pitched a strong 5 innings in his AAA debut. He allowed one run on seven hits, one walk and struck out five.

The Express won by final of 10-2 against the Oklahoma City Dodgers and they are now 5-1 on the season.

The RoughRiders had a new series starting against the Corpus Christi Hooks (Houston Astros) but it was postponed due to weather. They will playing a double-header today with the 1ST game starting at 4:05 PM.

Right-hander Justin Slaten, 23, got the start for the Crawdads against the Winston-Salem Dash (White Sox). He allowed two runs on three hits, one walk and struck out four. In two starts he has allowed five runs in a total of 4.2 innings pitched.

Right-hander, Sean Chandler, 24, pitched two scoreless innings allowing only one hit and struckout three. He’s got a 6.75 earned run average on the year.

It’s becoming normal to see Blaine Crim’s name mentioned. He went 2 for 4 with his 4th home run of the year. He’s got a .385 average with a 1.351 OPS. Crim was also the only Crawdad in the line-up to have a multi-hit game.

Down East won a low-scoring game.

Right-hander Nic Laio (2-0) pitched three scoreless innings out of the pen. He allowed one hit and one walk while striking out seven.